Did you know Sister Rosetta Tharpe, the ‘godmother of rock’n’roll’ performed at Chorlton railway station in 1964? She was one of a number of legendary blues musicians who played as part of the ‘Gospel and Blues Train’ – a one-off performance contrived by Granada Television, which included turning the station (which was roughly on the site of what is now Chorlton Metrolink stop) into a scene from the wild west, with crates, chickens, wanted posters, and a large sign temporarily renaming the station ‘Chorltonville’.

It’s a piece of history that was at risk of being forgotten, until the footage recently appeared on YouTube, including this film of Sister Rosetta Tharpe’s performance (in the rain, just in case she was in doubt she was in the North of England…).

You can now read about this story in a beautiful new book we have produced and published in partnership with Chorlton High School. 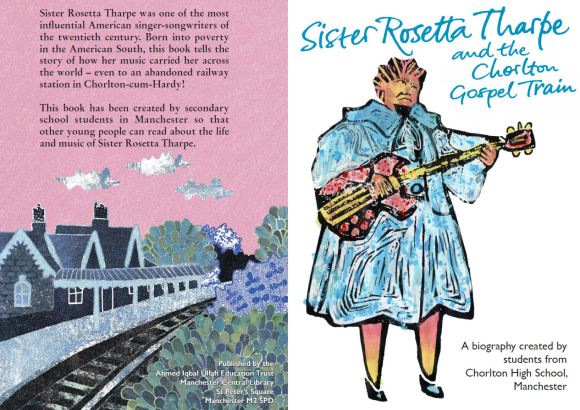 Art pupils from Chorlton High learned about the life and music of Sister Rosetta,  listening to spirituals and protest songs from the civil rights era and watching clips of Sister Rosetta performing, including the  footage of Chorlton Railway station. They also learned about the historical context of the relationship between music, race and identity in the US, particularly how African American music has been used as a form of protest.

With this knowledge the pupils set to illustrating the story of Sister Rosetta’s incredible journey through music and fame and overcoming oppression. The result is a visually diverse, beautiful and thoughtful book, which brings this almost-forgotten moment of our local history to life for a new generation. 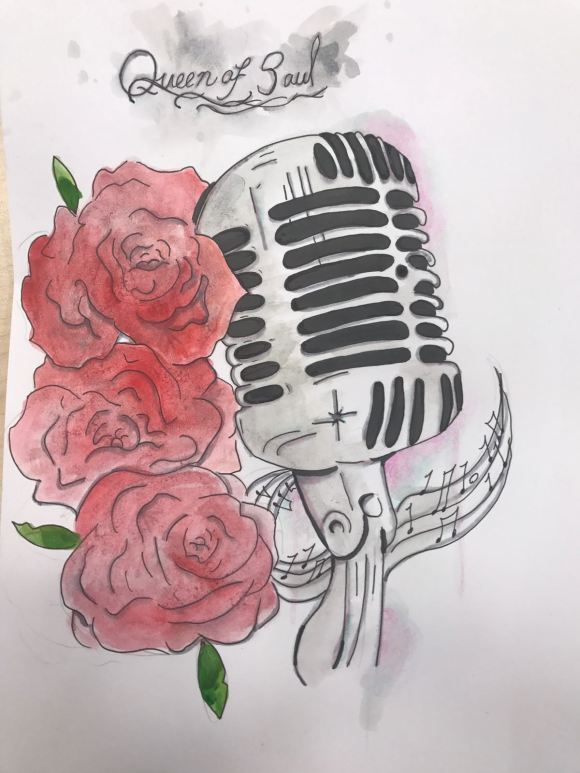 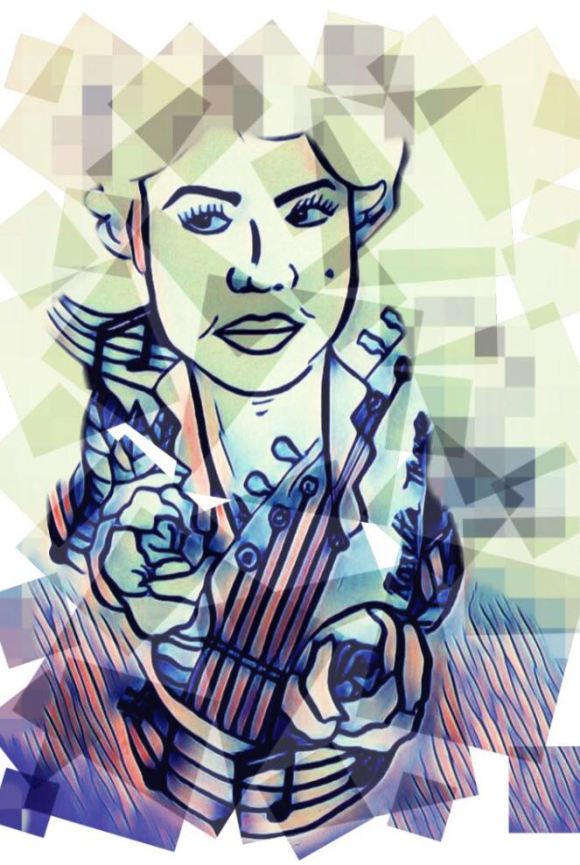 The book will now feature in our upcoming schools Road Show, where children’s book from the Resource Centre will be taken into schools across Manchester. And of course the book is available to read or purchase here at the Resource Centre.

If you’d like to know more about this book, our book projects or our schools programme please feel free to contact our Student Recruitment and Widening Participation BAME Coordinator Catherine: catherine.millan@manchester.ac.uk 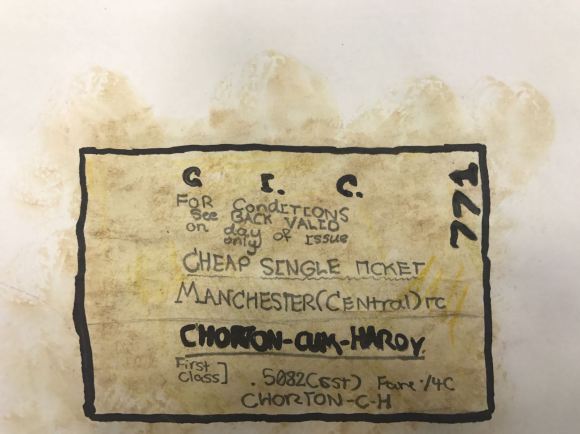 The Sister Rosetta Tharpe book project was a collaboration between Chorlton High School, AIU Centre’s Honorary Research Associate James West and the University of Manchester BAME Widening Participation programme. The book was funded by the British Association for American Studies Small Grants Programme and forms part of ongoing work of the Ahmed Iqbal Ullah Education Trust and the University’s Widening Participation team to diversify the curriculum for schools across Greater Manchester.